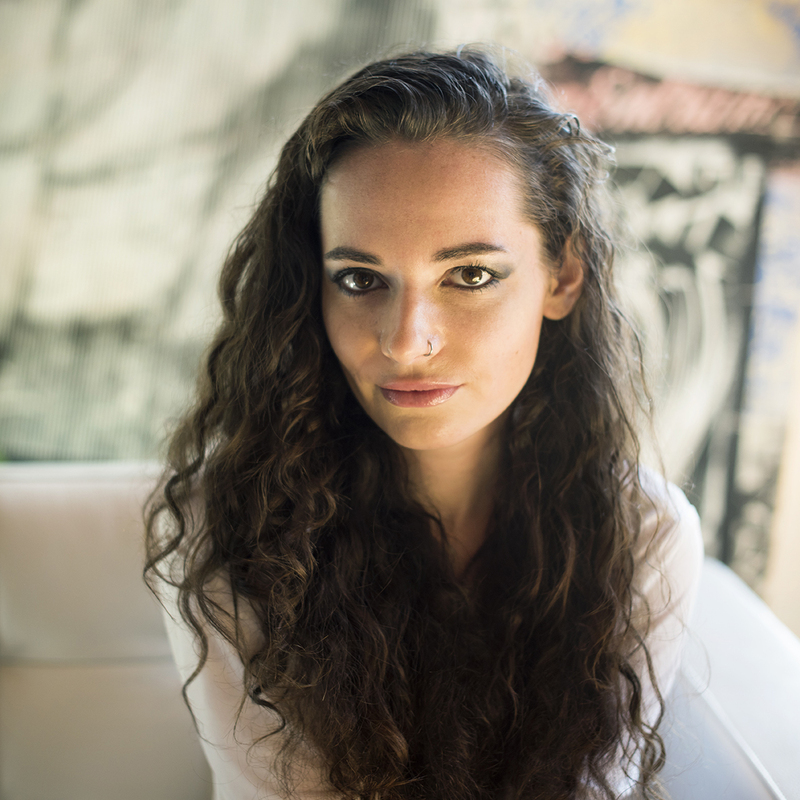 Biography Exhibitions
Alice Zilberberg is an artist based in Toronto focusing on photography and creating images of a surrealistic nature through photo-based digital painting.

Born in Estonia and raised in Israel, art began to interest her at an early age. By the age of six, she had started painting. Zilberberg enjoys working with the art nude as she enjoys its classical aesthetic. Her concepts showcase the human body in its raw form, a way to bring attention to the natural aspect of it. Aside from working with nude models, she also likes to explore nature through her surreal animal series.

Zilberberg developed her own distinctive process for achieving her digital images. Her polished surrealism merges the characteristics of photography and paintings. Alice Zilberberg’s creative process consists of two processes photography and editing. Creating one of her works consists of getting an initial idea, researching, sketching, selecting a model, scouting a location, doing test shoots, and the actual shooting. Zilberberg photographs the model and the background separately. However, after the photography aspect, she then proceeds to the long process of digital painting and manipulation of the image. She merges two images digitally by using toning and coloring techniques.

Ethereal images mixed with fantasy, find inspiration from different influences in her life. Each encounter, personal experience, event, or ideas from others impact the development of her own visions. Thing such as other art, books, podcasts, travel, art galleries, and even going out for a walk can give her new concepts to explore. Her ideas come in pieces, rather than complete ones, often merging at some point to create and execute her photography.

Zilberberg's works are intensely conceptual. Her nude photography explores a variety of themes such as the human condition, the various aspects of identity, relationships, feelings, and emotions. Furthermore, her favorite project of mini-series “Above Water,” “Close to Shore,” and “Under the Sky,” explores her personal struggles with chronic fatigue and insomnia. Such ideas come through her images imbued with hidden meanings and metaphors. The symbolism included invites the viewer to look inside themselves, it invite dialogue.

Zilberberg has a BFA in Photography Studies from Ryerson University. Alice Zilberberg has earned various awards and recognition, even representing her alma mater in the Sony World Photography competition in 2009. Her achievements include placing first in the Monochrome Photography Awards for photo-manipulation in 2016 and coming in second place in the International Fine Art Photography Awards. She has participated in various solo, group exhibitions, and art fairs throughout Canada, in the United States, Spain, and even Tokyo.

The world's best in provocative art

Straight to your inbox

Let us show you something you haven’t seen before. Welcome to Art Provocateur Gallery.